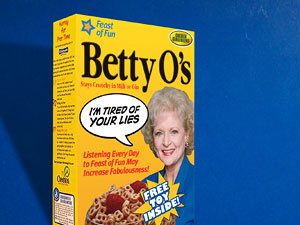 Chicago’s Mayor Richard M. Daley pulled a Steven Slater by shocking everyone when he announced that he won’t run for office again. So, who will be the next mayor? Can’t people just check in on Foursquare to become Mayor of Chicago?

Chances are, if you leave it to Facebook, Betty White will become the next queen of the Windy City.