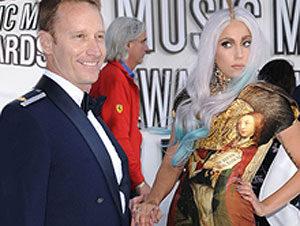 At the VMA’s, Lady Gaga called on lawmakers to end DADT and guess what? Sen Harry Reid was listening and he now promises to schedule a vote next week on major defense budget legislation that contains language to lift the ban.

Get ready to enlist queer folks, you may be able to serve in the military sooner than you think.