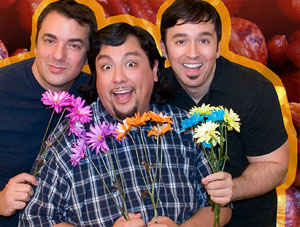 To outsiders, most comedy roasts seem horrific. Usually the guest of honor gets insulted and humiliated in such a vulgar manner that you’re left wondering if the party really consists of friends or it’s just an angry mob who loves to talk.

Today comedian Bill Cruz talks about his own roast that his friends gave him to celebrate his birthday.