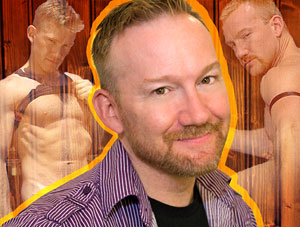 In 1995, writer Will Clark took his acting career in a new direction by starring in the gay adult leather film “Dr. Goodglove” and has since appeared in 48 different films.