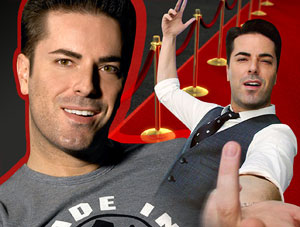 Joe Fitrzyk was an ad executive working in Detroit when he had an epiphany, quit his job and moved to L.A. to pursue his dream of becoming famous by chasing celebrities. Joe looked for a lot pretty people but found lots of ugly details.

Today writer and pop culture junkie Joe Fitrzyk shares with us his notes of what he hopes to become his tell all book on Hollywood’s underbelly.