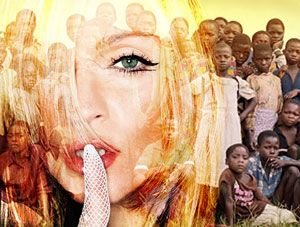 A year ago Madonna laid the ceremonial brick for a planned girls school in the African country of Malawi- a noble mission for a nation where only 27 percent of girls attend secondary school.

Last week, it was announced the school will not be built and federal investigators are now looking into any possible fraud inside Madonna’s Raising Malawi charity and her Kabbalah center.