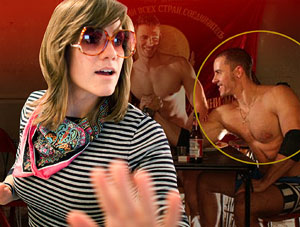 Our gal pal comedian Cameron Espositio has been clawing her way up the entertainment ladder to become America’s next top lesbian comedian and she recently had the prestigious opportunity to audition for one of the greats of late night television.

What’s it like to audition for a gig that could launch your career into the big time, and does it involve ice cubes and pique turns?