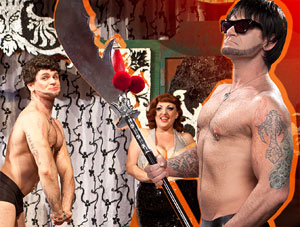 Actor Joshua Devore is a jack of all trades, and by trade and jack, we really mean it. Better known as adult film star Tober Brandt, Joshua started out as a baptist minister, then turned into a muscle hunk who starred in Titan Media and Chi-Chi Larue’s films.