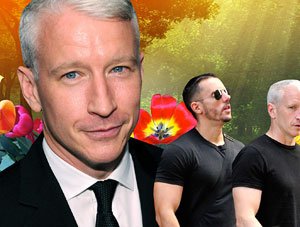 CNN anchor-stud Anderson Cooper is rumored to officially and finally come out of the closet as a gay man, as soon as next week just in time for Pride — with a series of interviews with over a dozen major celebrities doing the same thing.

Don’t hold your breath, but it could be a very hot week on CNN. What will the mass exodus of celebrities coming out mean for you and me?