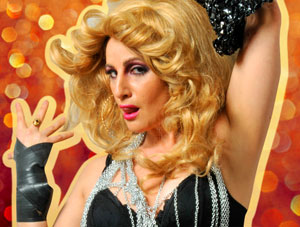 Rumors were spreading that Madonna was to make a guest appearance on Inside the Actors Studio opposite the deliciously serious James Lipton. Sadly, it was all just gossip.

Today we recreate the hilarity that could have been by having the world’s best Madonna impersonator, the woman of a 1000 voices, Nadya Ginsburg channel an in-depth interview between Lipton and Madonna.