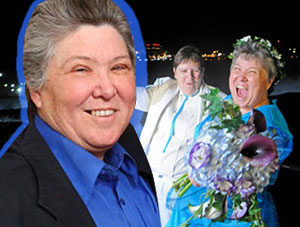 The recent landmark victory for Marriage Equality in the State of New York was a close call. One key Republican, Senator Mark Grisanti changed his vote at the last moment in favor of equality because one woman, Kitty Lambert and her friends at the organization OUTspoken for Equality persuaded him to do so.