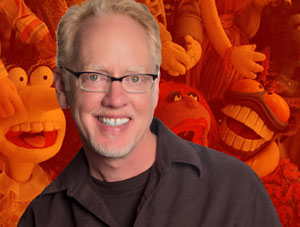 The hilarious Patrick Bristow joins us to talk about playing the gay best friend of Ellen DeGeneres’ character on the 90s sitcom Ellen and also playing Marty Jacobsen, the choreographer in the unintentionally hilarious movie Showgirls.

Now that he’s the host of the hilarious new improv puppet show Stuffed and Unstrung, has the openly gay comedian come full circle?