FOFA #1768 – Jinkx Monsoon and #teamAlaska are on Fire 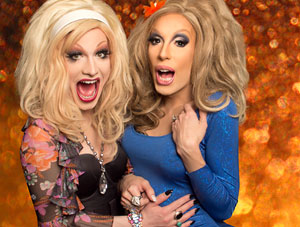 It’s been an incredible year so far for Jinkx Monsoon and Alaska Thunderfuck from RuPaul’s Drag Race. Right now these two drag queens are in the top 3 of this season of Drag Race. One of them will America’s Next Drag Superstar.

For those of you that think we are biased, get yourself a HUNTY t shirt and then we’ll talk.