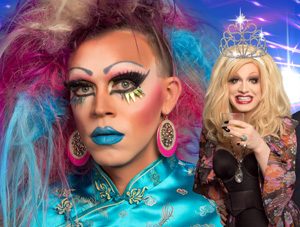 The role of America’s Next Drag Superstar will now be played by Jinkx Monsoon, the singing sweetheart from Seattle. We had called it early on for Jinkx Monsoon based on her excellent drag videos online, and although Alaska came in a close second with her fierce speech, RuPaul and America fell in love with Jinkx.

Today we take a look at all the ideas and issues brought up on this season Drag Race with Tin Tim, America’s First Drag Queen public intellectual, also known as the Cornel West of Drag.