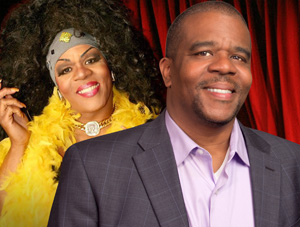 Richard Pryor is widely regarded as one of the most important and influential stand-up comedians of all time. He changed comedy forever with his dark humor which was an authentic reflection of the bordello he grew up in. It was much to our delight to find out that his first born son, Richard Pryor Jr. grew up to be a fabulous gay man and a fierce drag queen!

Join us as Richard Pryor Jr. shares his incredible life story, his father’s struggle with alcohol and drug abuse and overcoming his own problems with addiction.