FOF #1893 – Jinkx Monsoon is the Queen of Off Broadway 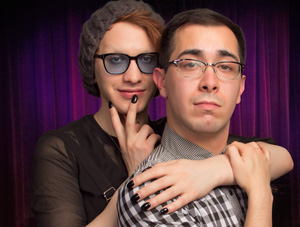 Things are going great for Jinkx Monsoon. First she won RuPaul’s Drag Race and the $100,000 grand prize. Then an off Broadway theater asked her to do a one woman show for just one night, but instead she got them to agree to restage The Vaudevillians, a cabaret show she developed years ago with her best pal Major Scales.

Today Jinkx and Major Scales join us for a live music podcast, playing songs from their hit show.