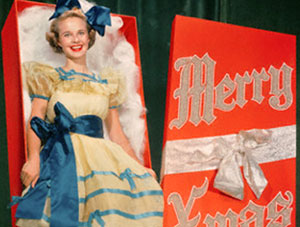 During the Golden Age of Hollywood, radio was king and movie stars were required to go on the radio and released music with hilarious results. Join us as we take a look at some of the divas of Hollywood’s Golden Age who took a little too much pleasure in torturing their kids at Christmas.