FOF #1938 – How Teletubbies and Soloflex Made Us Even More Gay 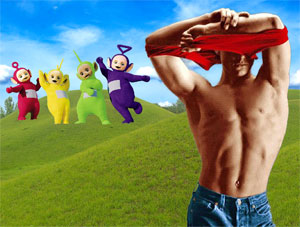 A lot of the things we love on the Internet was mostly developed by people who came of age in the early 90s. It’s a big reason why the corporate logos for such titans as Google and EBay look like they were designed by three year olds.

Today we’re taking a look at awesome stuff that inspired us in our formative years to be fabulously gay, and how it influenced the internet to be the way it is today.