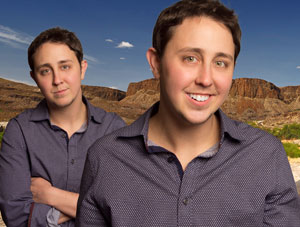 As a way to get people talking, comedian Jeffrey Jay dares college audiences to ask him offensive questions about being trans. If someone hurts his feelings he says he’ll pay them $200. So far he’s not shelled out a dime.

Today the hilarious Jeffrey Jay joins us to talk about the insane questions his audiences have asked him over the years that made him almost, almost pay someone $200.