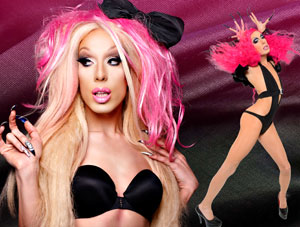 A new study reveals that celebrities and famous athletes die sooner than everyone else. You may be better off being a smoker than being as famous as Lindsay Lohan.

Today she-lebrity rock-star Alaska Thunderfuck, one of the top three from Season Five of RuPaul’s Drag Race joins us to take a look at the perils of a career in entertainment and the dangers of being a drag queen.