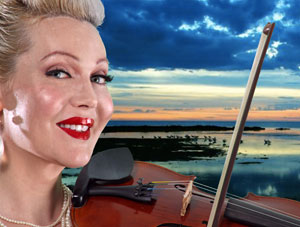 Right now there’s a lot of heated discussion happening over trans language and respect, most of it focusing on pop culture and media– with Calpernia Addams caught in the middle of it, as a Hollywood consultant and as a trans woman.

Listen as we talk with Calpernia Addams about why she’s been misquoted and maligned lately as just a “drag queen” and a sell-out.