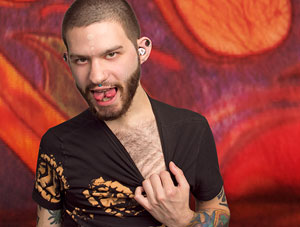 Although 45 million people in the U.S. have at least one tattoo, many face discrimination even when those modifications are not visible and the job doesn’t require any interaction with the public.

Listen as Michael Phoenix talks with us about the late tattooed celebrity Stalking Cat, mutilation, modification and social media discrimination.