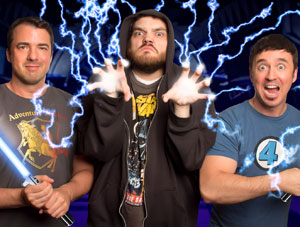 Chicago is getting the new Lucas Museum of Narrative Art! But since folks here in the Windy City love to rename things, we’ll be calling it the Star Wars Museum.

Joining us today is super-geek Brian Sweeney, who says he’s getting “too old for this shit” after being on the toilet for twenty minutes.