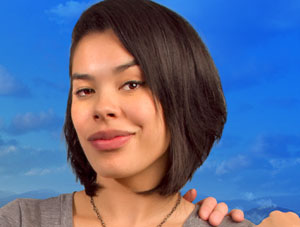 Like a lot of performers in Chicago, Brianna Baker is making Feast of Fun her last stop before heading to Hollywood to further her career.

Before her big move, Brianna, who never really met her father in person, recently visited him in prison in Florida and discovered they have a lot in common.

Today, Brianna Baker talks about moving from Chicago to LA while connecting with her father as he prepares to get out of prison.