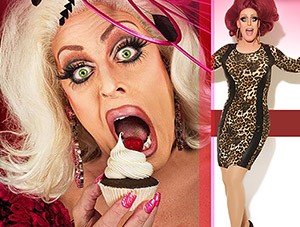 More so than any other year, the fans of RuPaul’s Drag Race were heartbroken watching the first queen of the season go home. RuPaul may have sent Arizona drag queen Tempest DuJour packing but it’s clear that this drag daddy has much more to give.

Listen as we chat with Tempest about being a father to two beautiful children, teaching costume design at the University of Arizona and gobble gobble, her turkey named Istanbul.