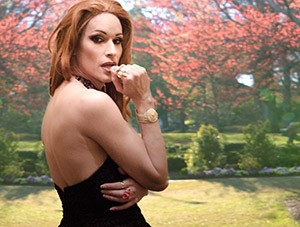 Nicole Paige Brooks was a little freaked out when she first saw folks on the internet referring to her by her initials N.P.B followed by the letters F.A.G. until she discovered it was a reference to her appearance on RuPaul’s Drag Race, where Ru called her “Nicole Paige Brooks, From Atlanta Georgia.”

Today we’re kiki-ing with the she-larious Nicole Paige Brooks, from Atlanta Georgia about her drag family, her son Lukas and why she’s such a big deal on the RuPauls’ Drag Race subreddit.