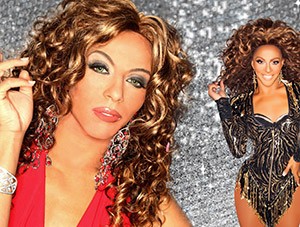 Most people know Shangela Laquifa Wadley from her appearances on RuPauls’ Drag Race and Dance Moms, but this hard working comedy queen has guest starred on many TV shows over the past five years, from Glee to the Bold and the Beautiful.

Today we’re joined by the SHE-larious Shangela Laquifa Wadley, to talk about her life after Drag Race, having Alyssa Edwards as a drag mom, and the death drop that almost dropped her dead.