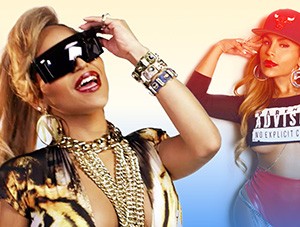 Lila Star’s ambition is to become the first Latina trans rapper to break into the world of hip hop, and with recent appearances on Jerry Springer, she’s well on her way.

Listen as we kiki with Lila about how to make shade work for you in the ball scene, her recent appearance on the Jerry Springer Show and why her boyfriend came out as gay even though he’s into trans women.