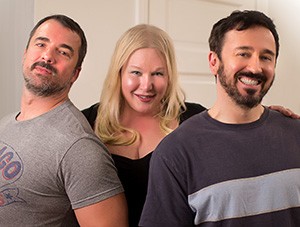 One of our favorite people in the world is Tracy Tyler, who in the early years of this podcast delighted our audience with delicious tales of her sexy excursions.

Listen as Tracy Tyler gives us a sneak peek at her new album of music, fills us in on her roller coaster romantic life, the final body count in her bloody videos and her thoughts on the reality TV show “I Am Cait.”

Leave a Reply to jimmyV