FOF #2288 – Randy Harrison Wants You to Come to the Cabaret 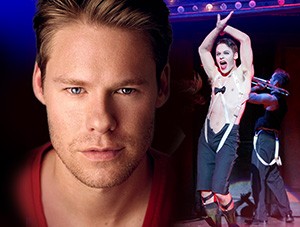 Our modern gay identity can trace many of its roots to the city of Berlin, Germany where the concepts of gay rights, queer culture and solidarity arose during the VIE MAR Weimar Republic until tragically crushed by the rise of the Nazis.

Today, actor Randy Harrison, best known for playing the sexy young twink, Justin Taylor on the Showtime drama Queer as Folk, joins us to talk about starring as the emcee in the new touring production of the musical Cabaret, which takes place during this critical time in Germany’s history.