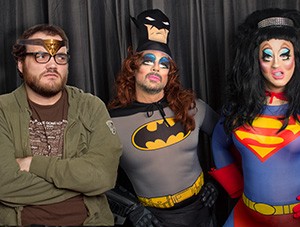 Despite bringing in over $400 million dollars on its opening weekend, critics are panning the new Batman v. Superman: Dawn of Justice movie, calling it a “knight-mare.” Even the hilarious “Sad Ben Affleck” is turning into an Internet meme.

Today Brian Sweeney joins us to look at all the spectacular ways Batman v Superman failed, but more importantly: who would you rather sleep with: Ben Affleck or Henry Cavill?