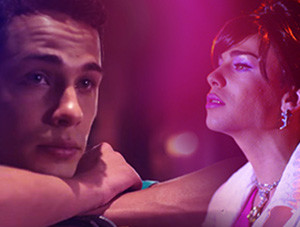 Viva is an extraordinary film that captures the struggle of a young hairdresser named Jesus, played by Héctor Medina, who is trying to make it as a drag queen in Havana, Cuba.

Today we chat with Viva’s director, Irish filmmaker Paddy Breathnach about making a film about a young man who is finding his voice in the drag queen scene in Cuba, a country trapped in time.