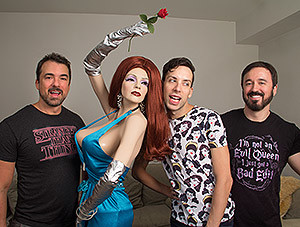 Alaska Thunderfun won our hearts on season five of RuPaul’s Drag Race with her passionate speech about turning trash into treasure. Once we saw the line-up for All Stars Two, we know she was the queen to beat.

Choosing Alaska as the winner hasn’t been without any controver-she with some of the fans of her rivals have been calling for the guillotine before the crown has had a chance to rest on her head.