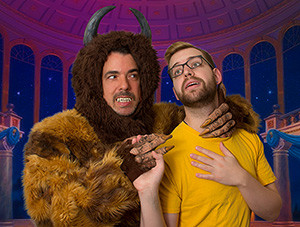 Audiences had their pitchforks and torches ready to kill the live action Beauty and the Beast over Disney’s inclusion of their first gay character ever. But in the end, the new film was a beast in the box office, roaring into a record breaking opening weekend becoming the biggest ever for the month of March.

Today, comedian Cody Melcher joins us to take a look at Disney’s live action remake of Beauty and the Beast, and all the delicious gay subtext from this and the classic 1991 Disney animated film.