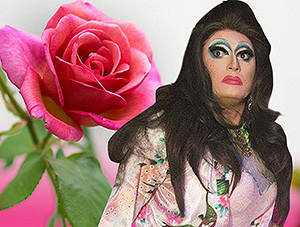 Normally, you’d think receiving roses would be a good thing, but if you’re getting them from fans of Valentina from RuPaul’s Drag Race, it could be interpreted as a threat.

Today cosplay queen and sorority slut Fox E Kim joins us to talk about the battle royale that’s unfolded on Season 9 of RuPaul’s Drag Race, and why reality TV shows rely a little too much on conflict to stay on the air.