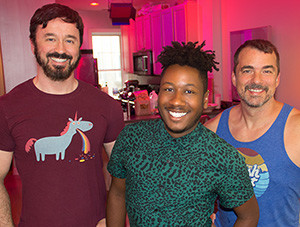 With the success of Hamilton, theater companies are embracing diversity in stories, plays and casting, but some reviewers aren’t liking it – Chicago Sun Times theater critic Hedy Weiss reportedly said at a panel in 2011 “there are so many plays about race and gender that it’s sickening.”

Today actor Jerome Beck joins us to take a look at the conservative backlash on diversity in theater and the role of theater critics in the age of social media and the internet.