FOF #2670 – Jaymes Mansfield Gets into Wrestling 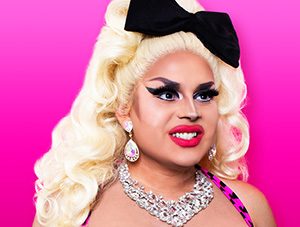 Today Jaymes Mansfield, who became viral for tumbling on the mat on Season 9 of RuPaul’s Drag Race joins us to take a look at the wild world of wrestling.

She’s starting a new video project covering wrestling from a drag perspective. Listen as we chat with Jaymes about what televised wrestling and drag have in common.