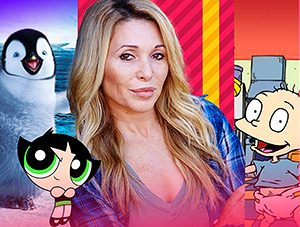 Musician E.G. Daily is best known for bringing to life some of the most lovable rebels in film and television: Pee Wee Herman’s girlfriend, Dottie in Pee Wee’s Big Adventure, Buttercup in the Powerpuff Girls and Tommy Pickles in Nickelodeon’s Rugrats.

Today E.G. joins us from her home to talk about her amazing journey as a voice over star, her music from hit films of the 80s and working in her home studio with her family of musicians and filmmakers.