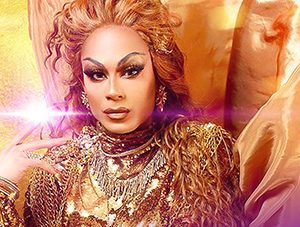 It’s the 10 year anniversary of RuPaul’s Drag Race, a show, which along with the Internet, has introduced drag queens to audiences that would have never ventured into a bar to see a drag show.

Today Jade Sotomayor, RuPaul’s Drag Race #originalfish joins us to take a look at how the show has changed society.

Listen as Jade talks about her struggles overcoming depression, her friendships with other Rugirls and her upcoming appearance on Cooking with Drag Queens.