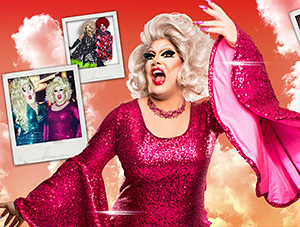 2020 is a rough year for RuPaul- AJ and the Queen, DragCon, and RuPaul’s Drag Race Live in Vegas are cancelled, and contestant Sherry Pie threatens to derail this season of Drag Race. And if that wig of misfortune is stacked high enough already, in a recent interview, RuPaul seemingly admitted to fracking on her ranch in Wyoming.

Today drag queen Pissi Myles, who used to perform with Sherry and considered her a good friend joins us to talk about her predatory behavior and why fracking is so bad for the environment.