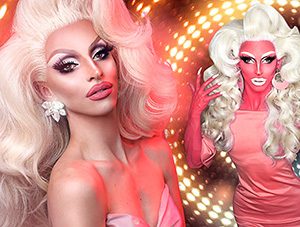 It’s been a huge year for drag queens and their fans, not just with RuPaul’s Drag Race’s move to a major cable channel, but also with the many web series and reality TV shows featuring drag artists.

So why are people saying drag is not the shiny happy party it promised to be? As Morgan McMichael says “why you mad girl?”

Today, one of New York’s hottest drag queens, Miz Cracker, joins us to talk about the way drag queens have taken over media and what that means for the goils who grew up pounding the pavement in heels to perform at the local queer watering holes.