FOF #2893 – Howard Ashman: the Man Who Gave a Mermaid a Voice and a Beast a Soul 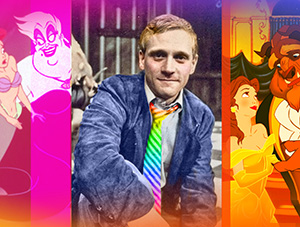 Thankfully, after playwright and lyricist Howard Ashman’s successful musical comedy Little Shop of Horrors, Disney asked him to work with them and launched the Disney Renaissance.

Today musical theater enthusiast Jake Bellisimo from the YouTube channel Dreamsounds joins us to take a look at the amazing musical legacy of Howard Ashman, queer coding in Disney films and Beauty and the Beast as an allegory for society’s betrayal of people with AIDS.