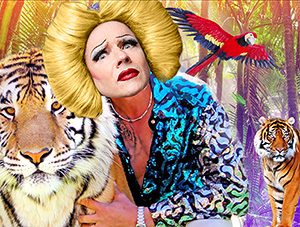 Tiger King- the true crime story reigned supreme as the 2020 pandemic documentary series on Netflix. It was so wildly popular that it is now getting a dramatic series produced by everyone’s favorite lesbian Kate McKinnon and starring none other than Hedwig himself, John Cameron Mitchel.

Will the Hedwig queen be able to transform herself into the Tiger King?

Today we take a look at the new web series Joe Exotic, now in production, that digs even deeper into the mayem, meth and madness of the Tiger King world.