Janet Jackson Breaks Her Silence on the Super Bowl 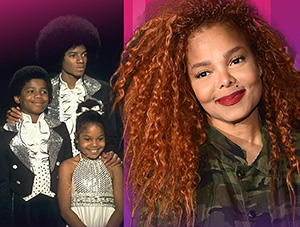 As the youngest child in the famous Jackson family, Janet Jackson has been in the unique position of being near or at the center of some of the biggest moments in pop culture.

Today comedian and music historian Matt Brown joins us to take a look at the incredible life of Janet Damita Jo Jackson, (Ms. Jackson if ya nasty) and her new documentary Janet Jackson.