When a Drag Queen Becomes a Bodybuilder 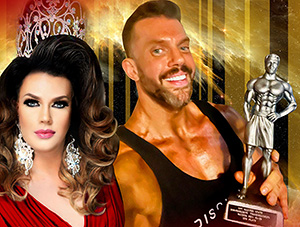 Although he’s new to the bodybuilding scene, Joey Kiening is a pro when it comes to competitions. Joey is better known to fans of drag as Natasha Douglas, winner of the 2016 Miss Continental Plus pageant for queens who weigh 225 pounds or more.

Now after snatching the crown, Joey is dropping the wig and picking up the iron, setting his sights on winning bodybuilding contests like the NPC Illinois championship.

Today Natasha Douglass joins us out of drag as Joey Kiening to look at his new passion for bodybuilding.