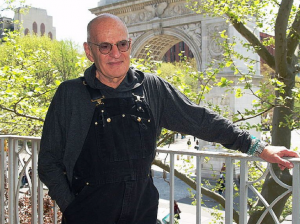 Poor Larry Kramer, after a life of working hard for LGBT Equality, universal health care and HIV/AIDS, he don’t get no respect. The New York Times wrote an opinion piece claiming the activist “Hates Gay […]

Leave a Reply to Alfonso Muñoz-Alma