Israelis’ New Love for Berlin and Its LGBT Scene 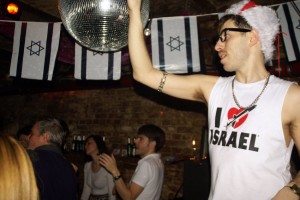 According to Russ, a 33-year-old Israeli who moved to Berlin from Tel Aviv five years ago, Berlin is exactly what artists and gays are looking for. In cities such as London and Paris, the scene is already well-established, and all the positions are taken. In Berlin though, one can still make a difference.

Hello there! I am a German guy, working and living in Mannheim. After my studies of business administration and Japanese I became an entrepreneur. Besides working I enjoy traveling, good food and wine, playing the piano and swimming. If you want to get in touch with me just write me on Facebook.

View all entries by Andy