VIDEO: Pee-wee Talks About his Comeback at SXSW 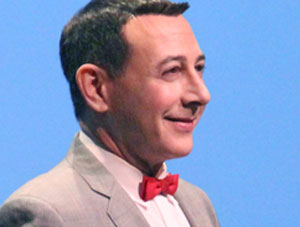 At SXSW 2011, Paul Reubens, dressed up as Pee Wee Herman talked about his upcoming HBO special.

Based on the original show that launched Pee-wee Herman into an American pop culture icon, Paul Reubens’ beloved quirky character brought his post-modern Playhouse to life again to delighted audiences.