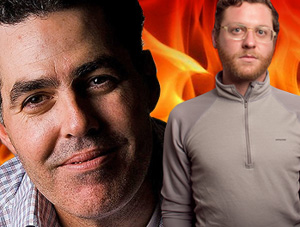 Interview with Matt Siegel, the openly gay man who worked for Adam Carolla, weighing in on the recent controversy over Carolla’s anti-LGBT rant. The audio clip is part of the show: FOF #1426 – Boost Your Fabulous Energy Levels posted on August 17, 2011.