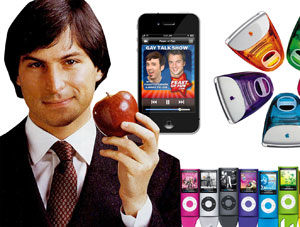 Today we salute one of the greatest inventors, tycoons and people of the 20th and 21st century, Steve Jobs. The man who had us say hello to the iPhone, iPad, iPod, iMac and iTunes died from complications from a rare form of pancreatic cancer, he was 56.

The future arrived thanks in great part to Steve Jobs.